Joey Bada$$ is reportedly hitting the road with Boogie & Buddy this Spring.

It looks like Joey Bada$$ is taking his talents on the road this Spring. On Wednesday, multiple outlets were reporting that the Brooklyn emcee is getting ready to go on “The Amerikkkana tour” along with Boogie & Buddy. Although Joey himself hasn’t officially announced the tour, a flyer has surfaced online today which showing its tour dates.
Kicking off April 17th in Boston, the 26-city tour, which will be in support of last year’s All-Amerikkkan Bada$$ album, will trek through cities like LA, Seattle, Toronto, NYC, Portland, Chicago, Atlanta, & Denver, before wrapping up in Detroit at the end of May.
As previously mentioned, Joey will be joined by two of Compton’s rising new rappers; Boogie, who recently signed to Eminem ’s Shady Records, and Buddy, who’s coming off the release of his Magnolia EP over the summer.
Tickets are set to go on sale this Friday (2/16) at noon with various presales starting Thursday (2/15).
All known dates are listed below. Possibly more dates and info TBA.
This tour announcement comes on the heels of a couple new songs from Joey, including his homage to Prince on “ Thugz Cry” & another song called “80 Blocks ” with Chuck Strangers. 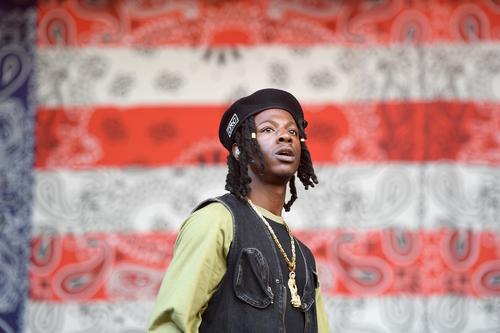 Watch: Election of the President of the Republic of South Africa