by EBNewsDaily
in Top News
Share on FacebookShare on TwitterShare on WhatsApp
President Ramaphosa has finally announced his cabinet members following his election as the new president of South Africa. 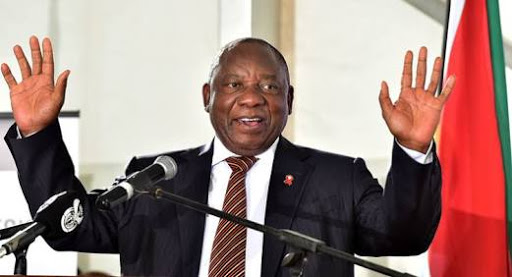 President Ramaphosa: Image by Rekord Media.
The new cabinet comprises of new and familiar faces yet with the missing ones. Fikile Mbalula, Des van Rooyen, Lynne Brown, Nkosinathi Nhleko and David Mahlobo are among those who were fired.
Ramaphosa has also indicated that there are still vacant positions to be filled.
Here is the new cabinet of South Africa
Nomvula Mokonyane
Minister of Communications

Bathabile Dlamini
Minister of Women in the Presidency

“I wish to express my appreciation to all outgoing Ministers and Deputy Ministers for their service to government and to the people of South Africa,” Ramaphosa concluded.

The new ministers and Deputy Ministers will be sworn in on Tuesday, 27th February in Cape Town, Parliament.

Why The Soil’s Success Hurt Me – Samthing Soweto

Most preferred gadgets for 2018 - #EBTech