Emtee: I don’t smoke in front of kids

As a father of two sons‚ Emtee has said that one of the things he would never do intentionally is smoke in front of other people’s underage kids.
A controversial Twitter account‚ @AdvBarryRoux‚ alleged that Emtee “happily” smoked weed in front of a group of kids who were his fans.
Emtee told TshisaLIVE that he won’t deny that he was smoking a cigar when a group of kids approached for pictures ‚ but said it was not intentional.
“No man‚ it was all a misunderstanding‚ yes I was smoking but I don’t smoke in front of kids. The person who claimed they saw me smoking‚ didn’t actually see what was going on. They must have been passing by and just assumed I smoked in front of those kids but that was not the case.”
The Pearl Thusi hitmaker has always been a big hit with kids who often sing along to his catchy choruses.
Emtee‚ who also recently welcomed his second son into the world‚ explained what happened on the day of the “incident”.
“I was taking a break from washing my car‚ when a couple of kids ran towards me asking for a picture. I was not even smoking things like weed‚ I was smoking a cigar. I said to the kids please come back a little later‚ I’ll call you for your pictures then they left and went back to playing. I smoked ‚ then when I was done I called them and we took plenty of pictures because kids love me and I love them.”
Emtee also explained that some of the replies he tweets on Twitter were just meant as clapbacks and not necessarily the truth. He said he would definitely not want his kids to smoke.
The rapper was referring to a reply he tweeted when a person told him his kids would grow up to be smokers due to his influence.
“Sometimes it’s just Twitter‚” Emtee said.
The controversial tweep‚ who set the whole thread in motion has since apologised to Emtee. 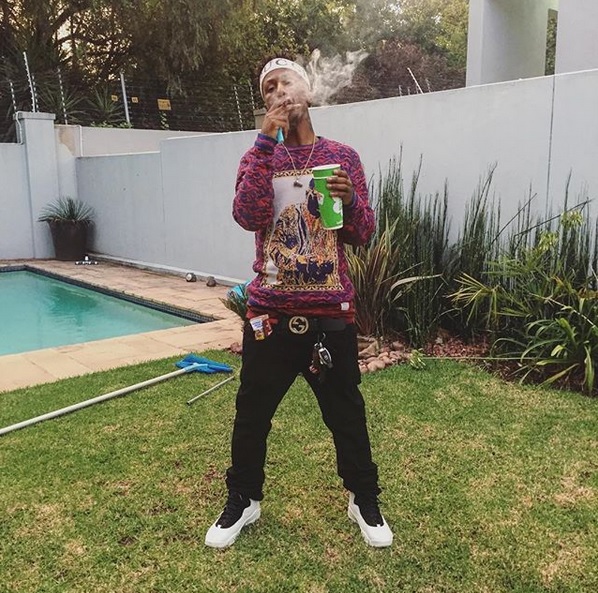