“Imma Be A Star” Harden VoL.2 in black and gold colorways is now available at Adidas.com, it will be followed by Harden Vol. 2 “Traffic Jam” which will feature in black and white colorways from March 1st  2018. 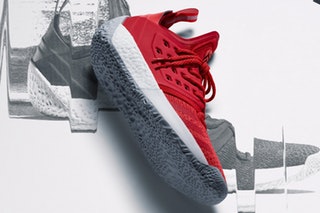 The red “Pioneer” Harden Vol. 2, which is inspired by Harden’s high school team colours, will be available from March 3rd, and followed by the “Concrete” colorway on March 10th.
The “Imma Be A Star” message is heavily important to James Harden- Growing up in a poor community dreaming about being a Superstar, he wrote the message on a piece of paper as a promise to his mother.
Tags: Letswalo MarobaneLifeStyleNews
ShareTweetSend
ADVERTISEMENT
Previous Post

Most preferred gadgets for 2018 – #EBTech

What to know ahead of the Soweto Derby!

What to know ahead of the Soweto Derby!