by EBNewsDaily
in Health
Share on FacebookShare on TwitterShare on WhatsApp

Polokwane – The source of the listeriosis outbreak has been traced to an Enterprise food factory in Polokwane, Gov’t said on Sunday. 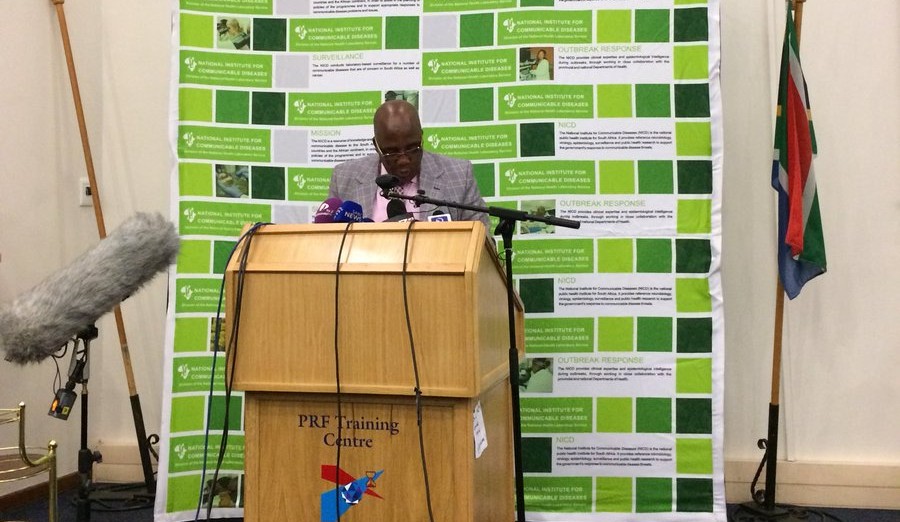 The ministry of health has called for South African to avoid all cold meat products such as Vienna, frankfurters, sausages after a listeriosis diagnosis that tested positive in the country.

“The Enterprise factory in Polokwane [has] tested positive for ST6,” The Department of Health said in a statement.

THE SOURCE OF THE PRESENT OUTBREAK CAN BE CONFIRMED TO BE THE ENTERPRISE FOOD-PRODUCTION FACILITY IN POLOKWANE. The results show that ready-to-eat processed meat products from Enterprise facility located in Germiston contain L. monocytogenes, the sequence type is not known

The Rainbow chicken Ltd foods and enterprise, the company that tested positive in ST6, has been suspended from exporting their goods. The enterprise has since protected their tweets and shut down their website following the outbreak.

“As of 02 March 2018, a total of laboratory-confirmed cases have risen to 948, still counting from January 2017,” Minister Motsoaledi said.

“Of these 948, a total 659 patients have been traced and 180 of them have unfortunately died. This constitutes 27% case fatality rate.”

Pick n Pay also called on its to return any products they may have bought that is now linked to the outbreak for refunds.

We are removing products that may be linked to the #listeriosis outbreak from our stores. Customers who bought any Enterprise product (incl Bokkie, Renown, Lifestyle, Mieliekip), or any Rainbow ready-to-eat products eg. Polony or Russians can return the product for a full refund.

[Voices] Young Silva Worth Gold Plays Up To Price Tag

Men are slower to get COVID-19 vaccines in South Africa: lessons from HIV research

[Voices] Young Silva Worth Gold Plays Up To Price Tag

Presenter Search on 3 back for its 4th season