by EBNewsDaily
in Sport, Top News
Share on FacebookShare on TwitterShare on WhatsApp 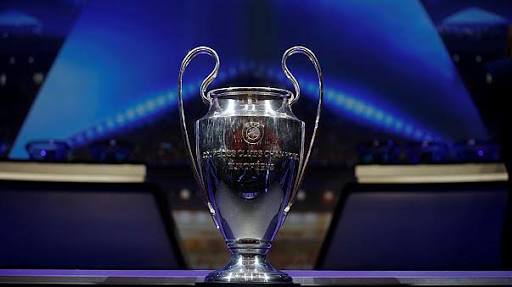 Picture by UEFA
The Dejavu of last year’s final between Real Madrid and Juventus came a bit early in the last eight for this year’s stage of the competition. For the Spanish giants, it will be to conquer any team that comes before them to lift the trophy for the third
consecutive year and for the Italian side, Juventus, it is definitely a pay back time as they will be out to redeem themselves after the unforgettable 4-1 loss.

After Manchester United, Chelsea FC and Tottenhum Hotspur were eliminated in the last 16 round, Liverpool and Manchester City remained the only English teams in the competition. A date set between these two means only one will march on to the semis.

A team that took many by surprise when they booted out Manchester United is Spanish side Sevilla. They will have a huge mountain to climb in German powerhouse Bayern Munich if they are to progress to the last 4.

Barcelona FC will play Italian side AS Roma FC.

The first legs of the quarter finals commences on the 3rd and 4th of April while the second legs will conclude matters a week later on the 10th and 11th of April.

Results: Last Eight Heats Up In The Nedbank-Cup

Bafana Bafana star Percy tau has been named in the provisional 34-man squad to start preparing for the crucial back-to-back...

Emtee: I don't smoke in front of kids