Despite their political differences and affiliations, Julius Malema and Fikile Mbalula continues with their friendship. 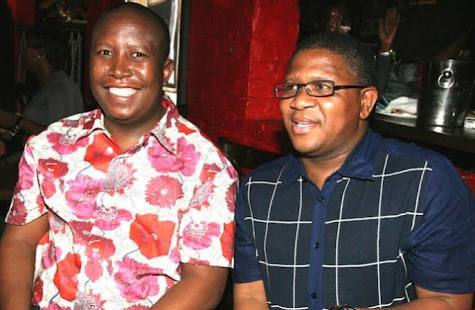 In an exlusive interview with SABC, the two political figures agreed about how fond they are with each other.

“Mbalula is a hard worker, you can’t take that from him,” Malema said.

Malema also emphasized how he advised Mbalula to stop tweeting and behaving like a “celebrity”.

Meanwhile Mbalula also praised Juju saying he is a friend who will always tell you when are doing bad.

“Julius – you can find fault of him in many things but at least he is not fake,” Mbalula said.

The duo worked together at the ANC before Malema was expelled from the party.

They have both served as the ANC Youth League president.

Malema also criticized Mbalula’s removal from the cabinet by the new president of the country, Cyril Ramaphosa.

Watch the SABC interview below.

[WATCH] Davido and Cassper Nyovest’s New Hit – Check On You.