Maintenance drama is not over for constitutional law expert and political analyst Shadrack Gutto.
Constitutional law expert and political analyst Professor Shadrack Gutto had the book thrown at him by his baby mama resulting in him being a wanted man.
The news comes after the retired University of South Africa (Unisa) academic and his lawyers allegedly failed three times to pitch at the Atteridgeville Magistrate’s Court for his child maintenance case.
Gutto, 67, allegedly failed to show up at three consecutive court dates which were meant to interrogate his R11000 extra income from an investment account which he had allegedly failed to declare to the court when an interim order was made towards the support of his minor child.
The former Unisa director for the Institute for African Renaissance Studies also allegedly ignored a subpoena which was sent to him by police ordering him to make an appearance at the next court appearance which was scheduled to be on March 1 2018.
According to the warrant of arrest seen by Sunday World, Gutto, despite signing the subpoena on January 27 with a warning that if he failed to come, a warrant of his arrest would be issued, did not show up at the court.
The subpoena was issued on January 25 and was delivered to Gutto’s house in Erasmia, Centurion. The warrant was issued on March 8 and it states that Gutto absconded from court in October and November last year as well as on March 1.
Gutto told Sunday World that he does not understand why a warrant was issued against him because he was paying the monthly maintenance as ordered by the court.
“The warrant is unprocedural because there was no notice from court. We are totally surprised by the issuing of the warrant. Besides I have honoured the court order and I have paid maintenance every month,” said Gutto.
He was ordered by the court to pay R3500 per month towards the support of his child. The mother was demanding R4500 per month but Gutto pleaded poverty and requested that his ex-girlfriend’s mother and stepfather be roped in to assist him in maintaining the child as they were working.
His lawyer Mmuso Matlala said they would challenge the warrant because it was issued irregularly. The drama between the two former lovebirds started in April last year after the lady hauled him to court demanding that a portion of his pension payout from Unisa be set aside for their child.
In her application she had claimed that she feared that Gutto, who is a Kenyan by birth, would leave the country and leave her child, aged five, with no form of financial support to cater for all his needs. 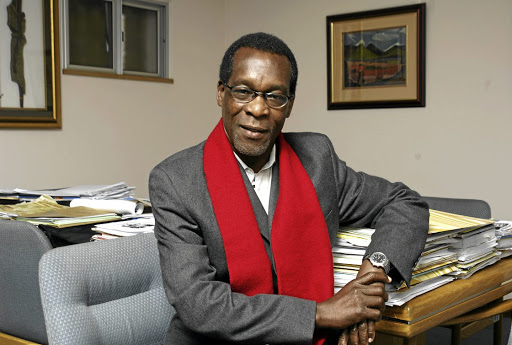 Emtee: I don’t smoke in front of kids