Drake ’s new double-album Scorpion has gone platinum. According to records from the Recording Industry Association of America (RIAA) , the 25-track release amassed over one million album equivalent units, earning their platinum distinction on June 29, the same day as its release. The album also broke Spotify’s opening day global record , earning over 130 million total streams within the day. The record also
charted at No. 1 in its first day on Apple Music, and broke the single-day streaming record on Amazon Music Unlimited as well. Earlier this week, the Toronto native announced that a CD edition of the album was on the way. Revisit our review of the massive 25-track release here.
Drake was hiding a child. He’d like you to believe he kept his son a secret to protect him from the slings and arrows of gossip blogs and internet commenters. On Pusha-T ’s venomous diss track “The Story of Adidon,” he suggested Drake was biding his time until he could make his baby the centerpiece of a marketing campaign for his new line of Adidas clothing. His motives may still be up for debate, but the heart of it is undeniable. Aubrey Graham was hiding a child, and there’s no way for street- level philanthropy or for- the- ladies anthems to bandage the wound the revelation sliced out of his charming image.
Scorpion , his fifth studio album, isn’t entirely focused on the significance of fatherhood. Many of its 25 tracks are built around standard-issue Drake themes—the audacity of rappers who dare speak his name, the psychic toll associated with dating multiple beautiful women at once, people who use Instagram weirdly—and the hyper-topical nature of the lines regarding paternity suggest they were added to the album at the last-minute. But fatherhood hangs over Scorpion all the same, casting Drake’s emotional immaturity into sharp relief. He’s never been more skilled as a technician or melodicist, and it’s remarkable how many of Scorpion ’s 90 minutes are musically engaging. But the kind of juvenile navel-gazing that leads someone to write a line like, “She say do you love me, I tell her only partly/I only love my bed and my mama, I’m sorry” is less compelling when it’s coming from a 31-year-old father than a would-be college kid trying to make a name for himself.
Paternity has been a long-standing source of anxiety for Drake, one that’s persisted as he’s become exponentially more famous. He was already sweating close calls on “The Resistance ,” a gaseous Thank Me Later highlight that references a one-night stand who wishes she’d kept Drake’s baby. He bemoaned the paperwork that comes with superstardom on 2015’s “ 30 for 30 Freestyle ,” talking about the paternity tests he’s legally obligated to complete for women he’s never slept with. And the issue resurfaced on this year’s loosie “Diplomatic Immunity ,” a song released when his son was just a few months old: “I got the sauce and now shorties keep claimin’ preggo.” 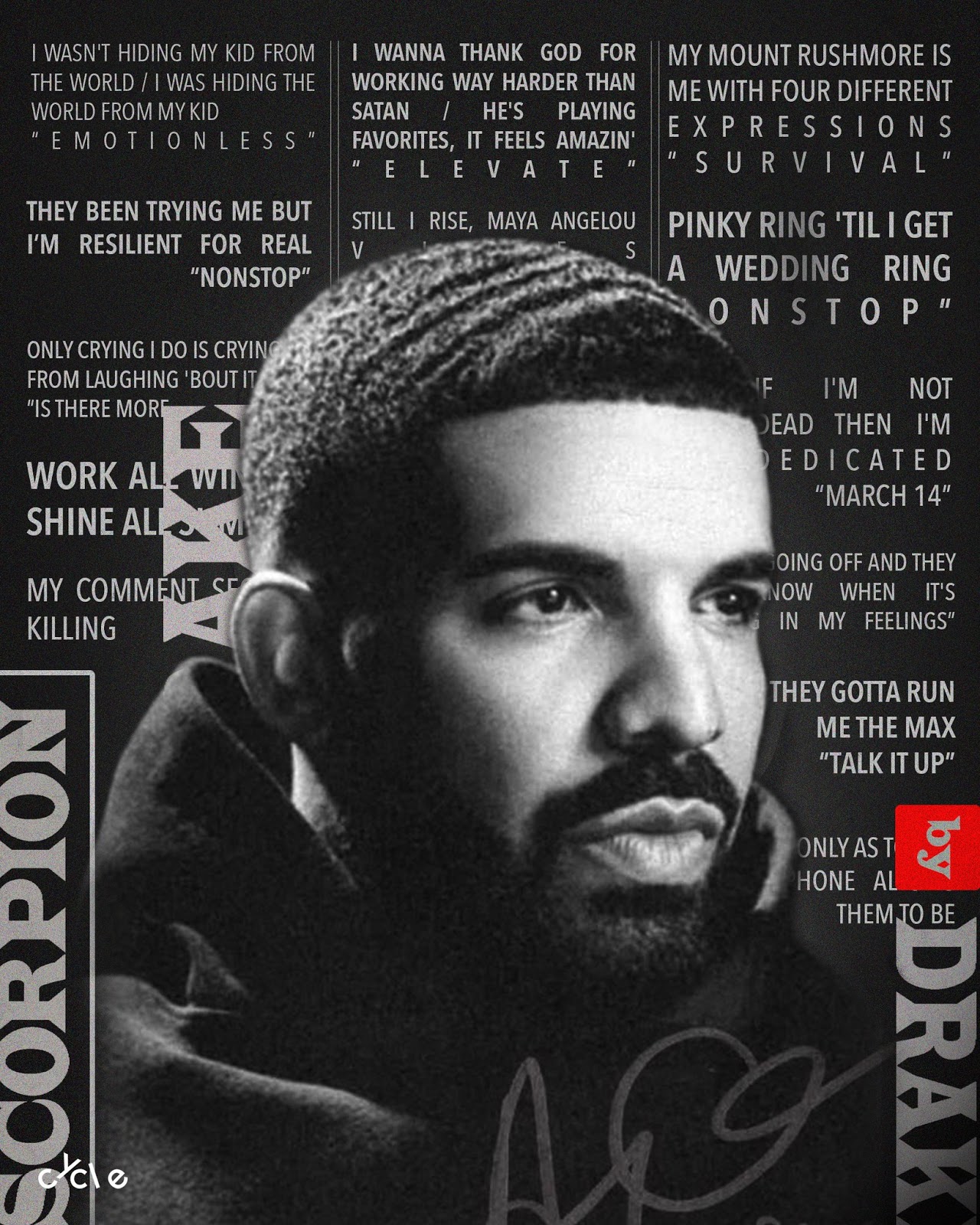