DRAKE THANKS SHIGGY FOR NO. 1 HIT ‘IN MY FEELINGS’

Drake released his Album named ‘Scorpion’ which hit the fans with a big surprise. Drake released the double disk album ‘Side A and Side B’. The album talks about his life, parents, as well as having a baby with Adult Entertainer Sophie Broussox.
Drake has the Number 1 single in the country with “In My Feelings,” and he has Shiggy to thank.
A grateful Drizzy celebrated his latest milestone on the Billboard Hot 100 with the creator of the “Shiggy” himself, Instagram comedian Shaquille Mitchell, who popularized the “In My Feelings” dance craze, which went viral and helped catapult the Scorpion song to number  1.
Drake met up with Mitchell in Los Angeles and posted a video on Instagram Stories of them partying at the club while Shiggy performed the dance. “Man got me a No. 1 record today,” said Drizzy. “Golly!”
Shiggy also shared his own footage from the festivities. “I ran into the ni**a that owe me a check,” he said while standing alongside Drizzy, who added, “Number 1 sh$$!”
The  #InMyFeelingsChallenge kicked off June 30, when The Shiggy Show shared a video of himself performing choreographed dance moves to match the lyrics to “In My Feelings.” The dance soon turned into a viral sensation, with celebrities including Odell Beckham Jr.
Ciara and Russell Wilson, Kevin Hart, James Harden, and Will Smith all taking part in the #InMyFeelingsChallenge.
“In My Feelings” is the third No. 1 single from Drake’s Scorpion, following “Nice for What” and “God’s Plan,” and his sixth chart-topp. 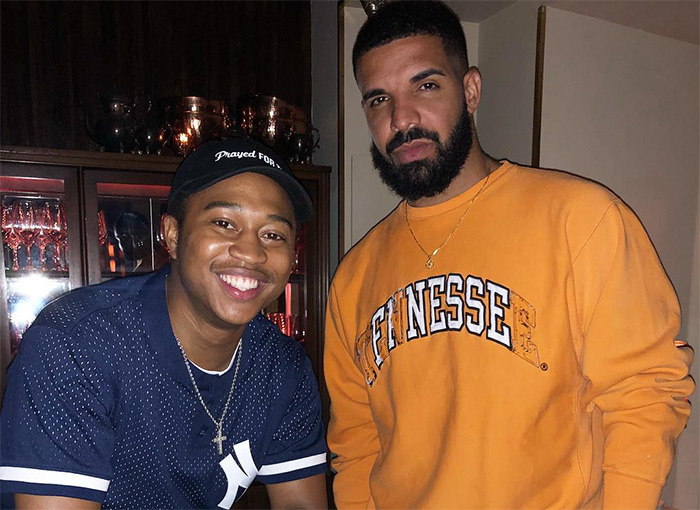