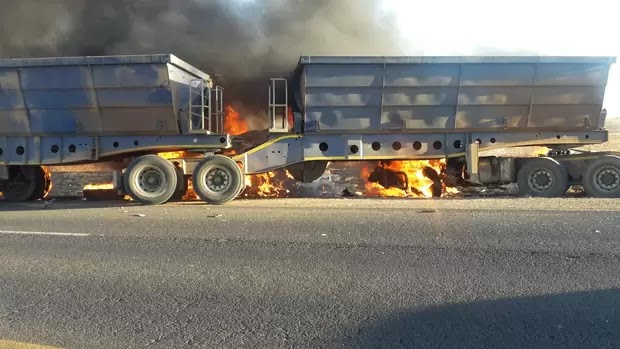 By Staff Reporter
A crash involving a minibus-taxi and a truck has left nine people dead on the N11 road between Middelburg and Hendrina in Mpumalanga.
Authority says the accident occurred on Friday night.
Provincial Safety, Security and Liaison Spokesperson, Moeti Mmusi says eight of the reported in the incident were burnt beyond recognition.

“These people are believed to be the employees of a nearby mine. The two slightly injured drivers from the articulated truck and the minibus taxi were subsequently rushed to the nearby Cosmos hospital. It is not clear as to what led to the crash and the police working along with the crash investigation unit from the RTMC, he told SABC.”