Johannesburg ANC youth league is holding a military training weekend away for its members in August. Members of the organization will take part in gun handling, and guerilla tactics.

Radio Station 702 held an interview with ANCYL Bheki Nkutha who was unable to provide an answer as to the purpose of this training programme.

In a pamphlet circulating on social media, the activities are specified as flag pole raising and lowering, obstacle course and military training among other activities. Each member interested in the training will be expected to pay R500 to attend the spring weekend camp.

The ANCYL has stated that the military training is part of the ANC’s internal training programme.

The ANC has since distanced itself. At a media briefing held on Tuesday, ANC deputy secretary-general Jesse Duarte was questioned on the event and said the ANCYL would have to answer for itself. She stated, “We do not accept a decision of a youth league in Gauteng that will be training people and handing out guns.” 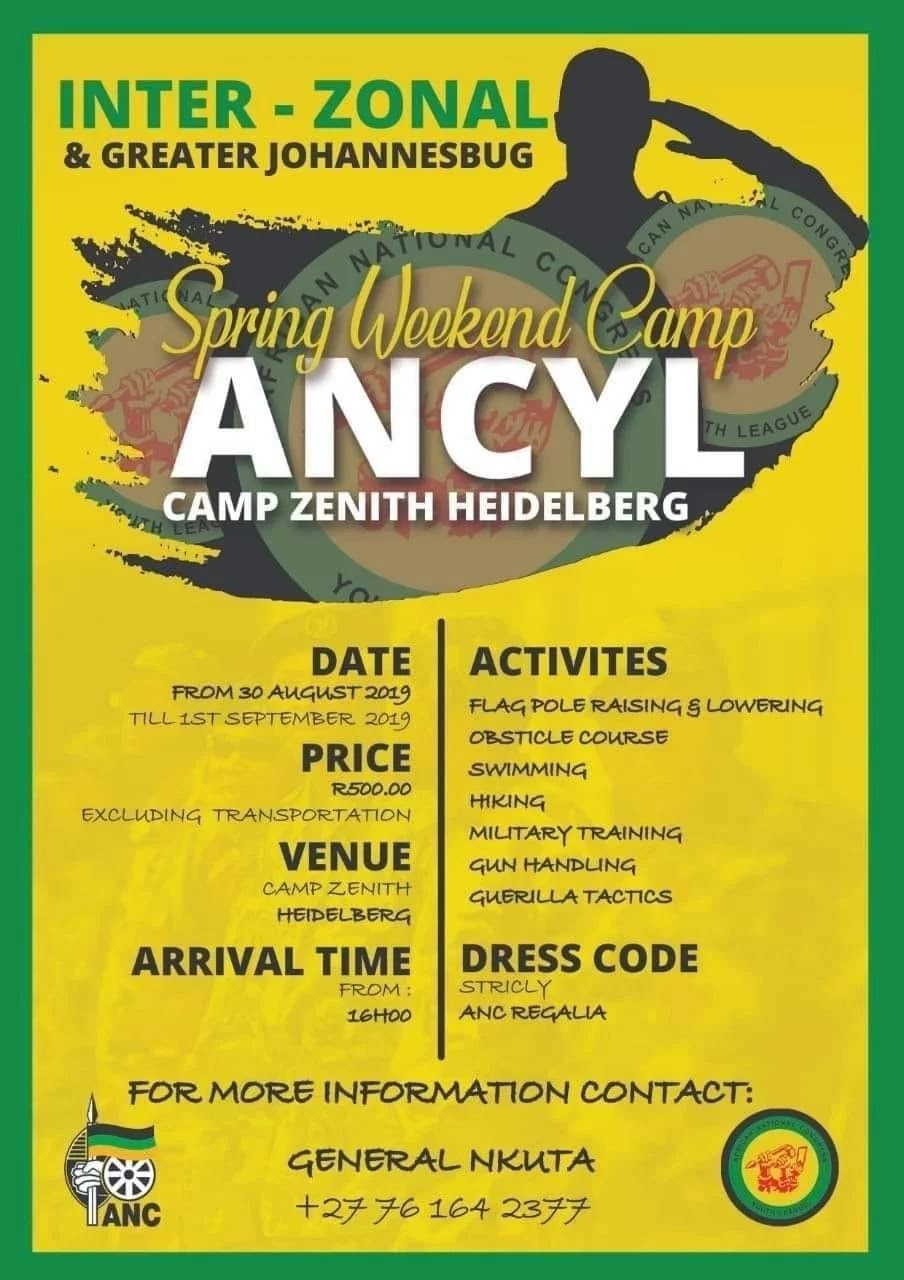