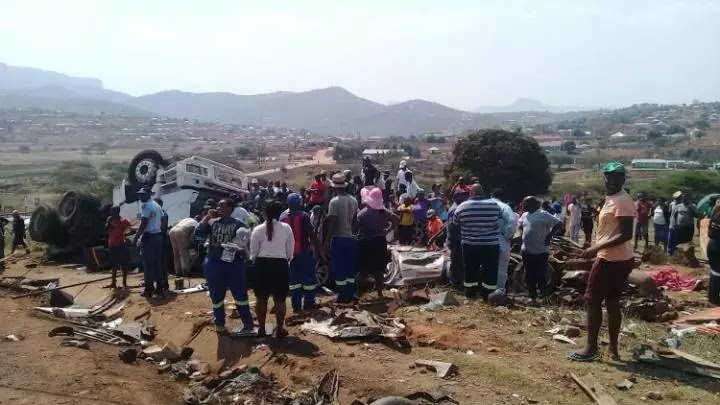 Six people were killed and several injured in a multi-vehicle crash in KZN.

(The scene of the crash which left six people dead and several others injured in KZN on Friday.piture: Paul Herbst.)

Atleast six people have been killed in a horrific crash involving a truck and several cars in Cato Ridge, outside Pietermaritzburg on Friday.

“Six people have died and one is in a critical condition.”

McKenzie said the cause of the accident was unknown.

Stats SA starts with Census training; Here’s what you need to know

Rulani on Jali contending for Footballer of the Season

‘A Selfless contributor to our political liberation’, Condolences pour in for Max Coleman’s death

Watch: 4-Year-Old girl repeatedly raped by her father speaks out

Supra Denies Claims Of Being The Mastermind Behind Bozwana's Death