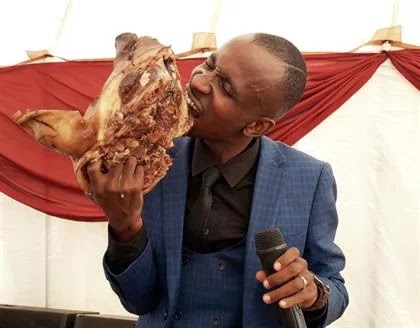 (Picture: Prophet Rufus Phala showing off a pig skop in his church during a Holy Communion service. Image © : supplied )

From eating snakes, grass, hair and drinking petrol, we have another pastor in the house performing questional acts.

A pastor who has been identified as Prophet Rufus Phala of Ark Centre Ministry, is going all out by feeding his church members a big’s head ‘skopo’.

The Limpopo-based religious leader believes that the pork turned into the body of Christ after he prayed for it. 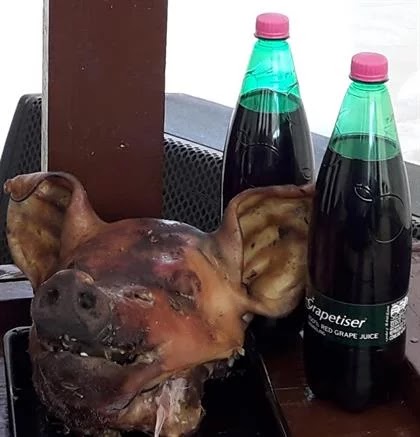 “With our faith and belief, the skop we served during the service was the body of Christ after I prayed for it. Some people use biscuits and wine, I chose to use the skop and Grapetiser for the service,” he told Daily Sun.

INSIDE EBNewsDaily
He said he wanted to serve it raw, but the Holy Spirit told him to cook it. 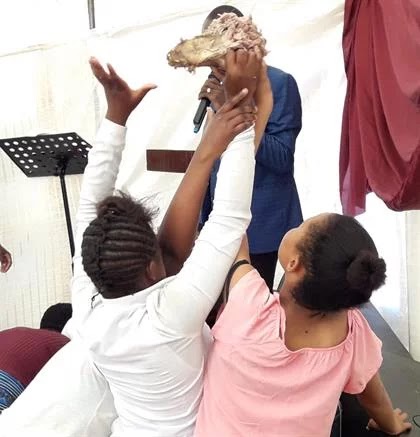 Limpopo Woman Killed By A Hippo